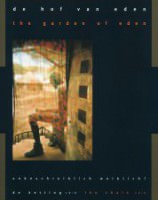 Photography has always had a dual relationship with reality. She shows things as they are, and at the same time what they also could be. A photograph is both a recording and a metaphor, and can therefore show a direct and penetrating view of society like no other medium can. Working in his or her own personal style and with personal involvement, the photographer can convey a view on society; photography as an imaginative representation of the dynamic reality in which we live.

The photographer's view manifests itself through his or her photographic choices. These choices could concern a specific subject, the isolation of certain fragments of that subject, composition and moment in time, or technical means by which the image is achieved. There are countless options, and by making certain choices founded in personal beliefs and opinions, the photographer is able to tell an own story efficacious on an intellectual and emotional level.

The viewer, faced with the photographer's work, actively makes his or her own choices. Everyone's individual and collective experiences form the foundation for the digesting of that wherefore the photographer offers us a guideline. The viewer actualises the image out of his or her implicit frame of reference, applies it to his or her life and reaches an individual and perhaps even a unique interpretation of the image perceived. This is a matter of communication; an active process in which the photographer as well as the subject and the viewer are of importance. The viewer reads a story that does not necessarily have to be equal to that of the photographer. Like in all forms of communication, photographs can also be interpreted in different ways. It is this individual experience that is a foundation for the theme presented here.

Such great emphasis on personal experience was foreign to the culture out of which the original story of The Garden of Eden arose. Individualization is a phenomenon that is characteristic of the modern age. It does not occur until the Dark Ages and has slowly become typical of our way of living. How then is it possible for an age-old story like The Garden of Eden to still be relevant?

As a part of our cultural heritage the actual story may be presumed known. In the literal sense, the 'garden' denotes the separate space of a garden. 'Eden', which is 'adanim' in Hebrew, means luxury, pleasure. The Garden of Eden is therefore a garden of paradise, a charming residence, an idyllic place. In our society imbued with Christianity we associate paradise with Genesis, the first book of the Bible. Nevertheless, this paradise motif is found in different guises in many other cultures. Even in the traditional Christian meaning paradise is no longer what it originally meant in the Judaic tradition: it has become the symbol for the glory of the afterlife that the worshipper expects to become a part of after death. Therefore the actual meaning of the motif is dependent on the particular cultural and social context.

In the course of modern times the concept of paradise also changes. It becomes more secularised, relieved of its religious load. People become more and more convinced that human happiness should be achieved in this life, in the here and now. In eighteenth century Enlightenment there was renewed optimism that thrived because of science and technology, liberalism and socialism, and thus this idea became a true craze. All these things were expected to contribute to a self-created dignified existence on earth. Based on the modern ideas of the Enlightenment many illusions were fostered in the nineteenth and twentieth century, which in due course became disillusions.

These 'grand narratives', initially religious and later ideological, did not seem to lead to the expected paradise on earth. In present Western society this led, via a detour in post-modernism, to the realisation that interpretation of 'meaning' is a responsibility to be taken by each individual separately. Although the metaphor of paradise is still very much alive and anchored into our collective history, it is now more than ever clear that everybody ascribes a different meaning to this metaphor, be it consciously or unconsciously.

Even though we cannot define 'The Garden of Eden' unequivocally, three basic motives still lie at the foundation of everyone's personal interpretation. To begin with there is of course the desire for happiness, in a world in which there is no suffering and where no one falls short. Secondly, there is the expulsion motif, the nostalgia for the paradise out of which according to the Bible we have been definitely expelled. And finally, the question why, the motif of our human deficiency, expulsion due to our own human behaviour.

There is another thought hidden in the biblical story: finiteness and individuality set in after the fall of man. Essential qualities of our existence, for example the fact that we will eventually die, or to name something completely different, the fact that we have to support ourselves, disappear behind the horizon when we envisage paradise. Evidently, man can only fully become man after he leaves the illusion of paradise behind completely. Paradise is not only indefinable, but it is also an ideal beyond our reach.