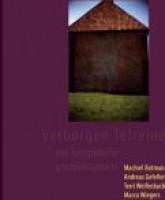 Once the province of Groningen had about 200 borgen - castle/farms or fortified manor houses. There are now 16 left. The rest have disappeared, or are only visible as ruins or in relief on the landscape. Many of the church sites in the province have also deteriorated seriously. With them, we are threatened with the loss of a treasure-trove of information, as the graves on these sites are among the oldest in The Netherlands.

Four photographers help bring these valuable cultural/historical sites to the surface in the photo exhibition Hidden Sites. Terri Weifenbach (United States), Andreas Gefeller (Germany, Machiel Botman (Netherlands) and Marco Wiegers (Netherlands/Groningen) each in their own way photographed borg and church sites in the province of Groningen that had already almost melted into the landscape. The photographers were selected by Noorderlicht. The photo exhibition 'Hidden Sites' is an initiative of the Old Groningen Churches Foundation and Landscape Conservancy Groningen. Together with the Private Historic Country Homes Foundation, these organizations are working on the restoration project Hidden Sites, that is making 20 borg and church sites in the province visible again through the restoration of graves, drives, green spaces and water features. The project will be completed in 2007.