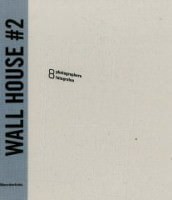 Interim Thoughts, and Others consists of four series by American photographer Bill Jacobson from the past fifteen years. From the early 1990s Jacobson makes his name with his out-of-focus, painterly images that address themes of loss, mortality and spirituality. After having worked in the 1980s as a commercial photographer for the New York art scene, he returns to his own image-making at the end of the decade.

His series entitled Interim Portraits (1992-1994) is a personal reflection on life in the AIDS era. Fragile figures seem to disappear into a white field, as if extricating themselves from a mortal coil. Then follows his Thought Series (1996-1998), a series of dark monochromes that continues to address the notion of the body as something both still and constantly changing.In 1999, after returning from a trip to India, Jacobson begins working in colour on the streets of his hometown, New York. The Untitled images (2000-2001) in the exhibition present the city in an impressionistic manner, as a commentary on the fleetingness of life, at the same time playing on the status of photography as collective memory. With funny, cry, happy (2004-2006) Jacobson for the first time distances himself from his out-of-focus manner of photographing. In colourful pictures he elicits emotion and melancholy from images and objects that often go unnoticed, although they are inextricably connected with our daily life.

Bill Jacobson (US, b. 1955) lives and works in New York. His work is in the collections of the Whitney Museum of Art and the Guggenheim Museum (both in New York), the San Francisco Museum of Modern Art and the Victoria and Albert Museum in London, among others. In 1997 Twin Palms publishers (Santa Fe) issued bill jacobson 1989-1997, and in 2006 Hatje Cantz Verlag (Stuttgart) published Bill Jacobson Photographs. Jacobson is one of the participants in the Noorderlicht photography commission Thought Provoking, Sense Provoking, an artist in residence project with eight photographers dealing with Wall House#2. The results of which can be seen after July 21 in the Noorderlicht Photogallery.