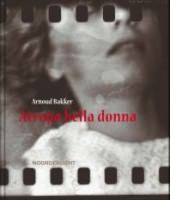 Zilverwerk existed from 1997 thorugh 1999 as a collective of northern photographers.

After three years of slumbering, Zilverwerk has been resurrected. Now spread all over the Netherlands and even abroad, from time to time they unite to create thematic bodies of work that are recorded in limited edition collectors' publications.

This group exhibition shows diversity from its strongest side. Eleven photographers whose image combinations add to eachother, challenge and dream about 'Silence'. It's the silence that formed the starting point for this project, and that was the reason for the resurgence of Zilverwerk.

Silence as a common factor for eleven photographers, because 'Silence is Sexy'...