an exhibition on our perception of North Korea through photographic representation 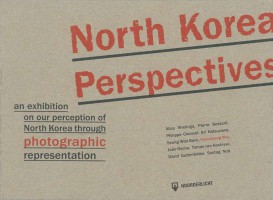 What impression do we have of North Korea on the basis of the photographs that are available to us? That is the central question in the photo exhibition North Korean Perspectives, which will be organized at the Drents Museum simultaneously with The Kim Utopia. While The Kim Utopia focuses mainly on the idealized North Korea, this photo exhibition compares the official version of the State with an alternative view of the country.

The approved photographs by the State press agency KCNA and photographers such as Philippe Chancel and Pierre Bessard are mirrored by those taken by international photo journalists working in North Korea, such as David Guttenfelder and Thomas Van Houtryve, as well as images by international artists like Alice Wielinga and Seung Woo Back, who present their views of North Korea in photographs, sometimes combined with other media. These projects serve to counterbalance the controlled image that is distributed by the North Korean State.

North Korean Perspectives was compiled by Marc Prüst and commissioned by Noorderlicht.