Catalogue accompanying an exhibition about Schiermonnikoog, the smallest inhabited Dutch Wadden Sea island. New work by Jem Southam, John Gossage, Jehsong Baak, Angelika Barz, Gerco de Ruijter, Leo Divendal and Ton Broekhuis. All seven spent time on the island in the spring of 2005. They were asked to let the life, landscape and light there take them by surprise.

It is the outcome of a commission granted by the Dutch Ministry of Agriculture, Nature and Food Quality, on the occasion of the 10th International Ministerial Conference on the Wadden Sea.

The catalogue is published by Noorderlicht in co-operation with the Ministry.

From the introduction by Eddie Marsman:

Make no mistake about it, said the photographer who had just returned from his stay on the island to the photographer who was just about to depart for his. On the map of The Netherlands it may be just a spot, on that of Europe - if it is there at all - it is nothing more than a dot.

But Schiermonnikoog has more horizon than you would think. (Was there indeed just one horizon?, he had once even asked himself.)

And then the light, which is as changeable as the weather and the clouds in the sky, and could suddenly alter the appearance of everything (was there indeed only one island?) - how could something so small be so infinite?

After he too returned, the photographer who was about to leave admitted his colleague's words had made him laugh at the time. But now he had seen it with his own eyes.
It was true. 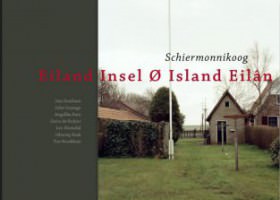