Six world renowned photographers travelled to four nations bound by sugar and colonization, to record the past, present and future of the sugar industry and the people it effected. Their work is interwoven with historical records and in-depth essays, developing themes ranging from migration, slavery, health issues, energy policy, labour conditions, environmental issues and trade. From the jungle along the Suriname River to the sugar towns of Indonesia, from Brazil’s Emerald Desert to the sugar factories of The Netherlands, The Sweet and Sour Story of Sugar presents the creative and destructive force that is globalization from a truly global perspective. 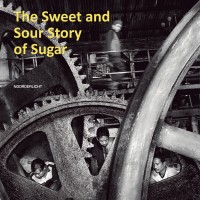