On May 25 at 6 p.m., Leon Willems, director of Free Press Unlimited, opens the exhibition OFFSIDE - Football in Exile. He will accept the first copy of the book.

In over forty countries – including Azerbaijan and Armenia – Free Press Unlimited focuses on strengthening the role of local media professionals ad organizations. Among the means for achieving this are the development of independent media channels and training and advising media professionals. Leon Willems has been director of Free Press Unlimited since 2011. Prior to that, as the director of Press Now, he f.i. helped in setting up the independent station Radio Darfur in Sudan.

Dirk-Jan Visser (1978) is an independent documentary photographer based in Rotterdam, The Netherlands. He works freelance for different media, focusing on social, economic and political issues around the world. In 2005 he photographed the people of Kosovo on the brink of transformation, which resulted in the book Brave New Kosovo. For his photobook Zimbabwe Exodus he won a number of awards, including Dutch Photojournalist of the Year 2007 and a special recognition in the POYi World Understanding Award. The Human Rights Watch lobby used the book to help bring about a change of asylum policy in South Africa towards Zimbabweans.

Arthur Huizinga (1980) is a freelance journalist and writer. His work on the South Caucasus has appeared in a number of publications, including De Groene Amsterdammer and NRC Handelsblad. His non-fiction novel Nooit een thuiswedstrijd – Een voetbaloorlog in de Kaukasus (Never a home game – A football war in the Caucasus) about FK Qarabag Agdam from Nagorno-Karabakh/Azerbaijan will be published by Uitgeverij Prometheus in May 2012. 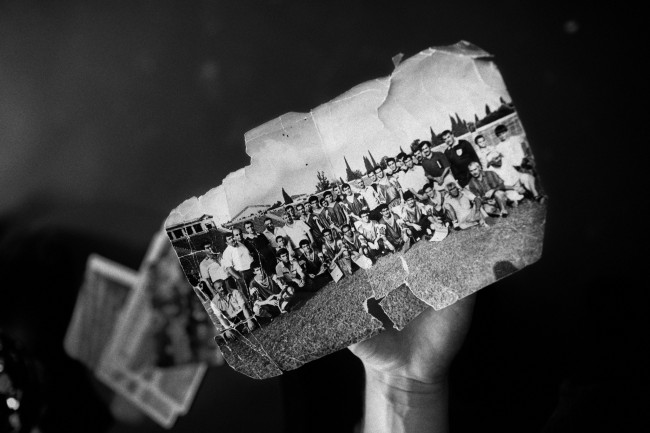