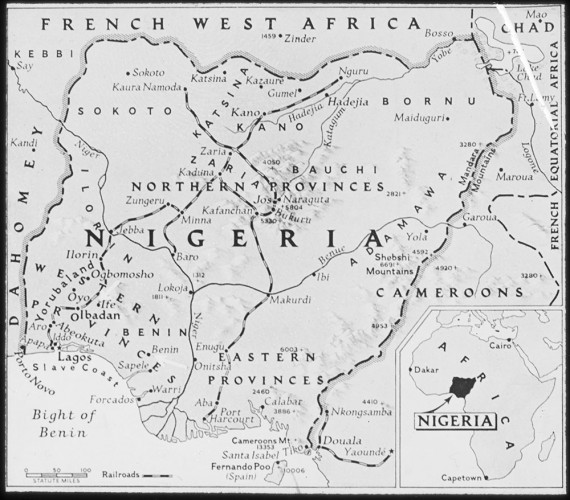 On commission for 'The Sequel' in Africa, Andrea Stultiens reports about her process while working in the footsteps of Paul Julien. This is part 1 of her report.

Before traveling I familiarized myself with part of Paul Julien’s photographic legacy. Julien (1901-2001) was a chemist and – how else shall we try to describe him – a photographer, explorer, anthropologist. Time was limited, therefore I decided to include only the photographs he himself used to present his travels in this initial research, and leave out the negatives, the over 20,000 prints, for now. I did take a close look at the images that illustrate one of the books he published and the lantern slides collection that was carefully stored in archival boxes in the collection of the Nederlands Fotomuseum in Rotterdam. The lantern slides are positives, mounted between two glass plates of about 3 inches square, often with an extremely high contrast. Different from the audience that came to Julien’s lectures that featured the lantern slides, I didn’t get a lot of contextual information with them. I only got them grouped according to geographical or etnological qualitifications and had to work from that. In the coming months I will visit a couple of the countries listed, hoping to meet people that are part of the ethnological groups mentioned and hear what they see and have to say about what the photos show. 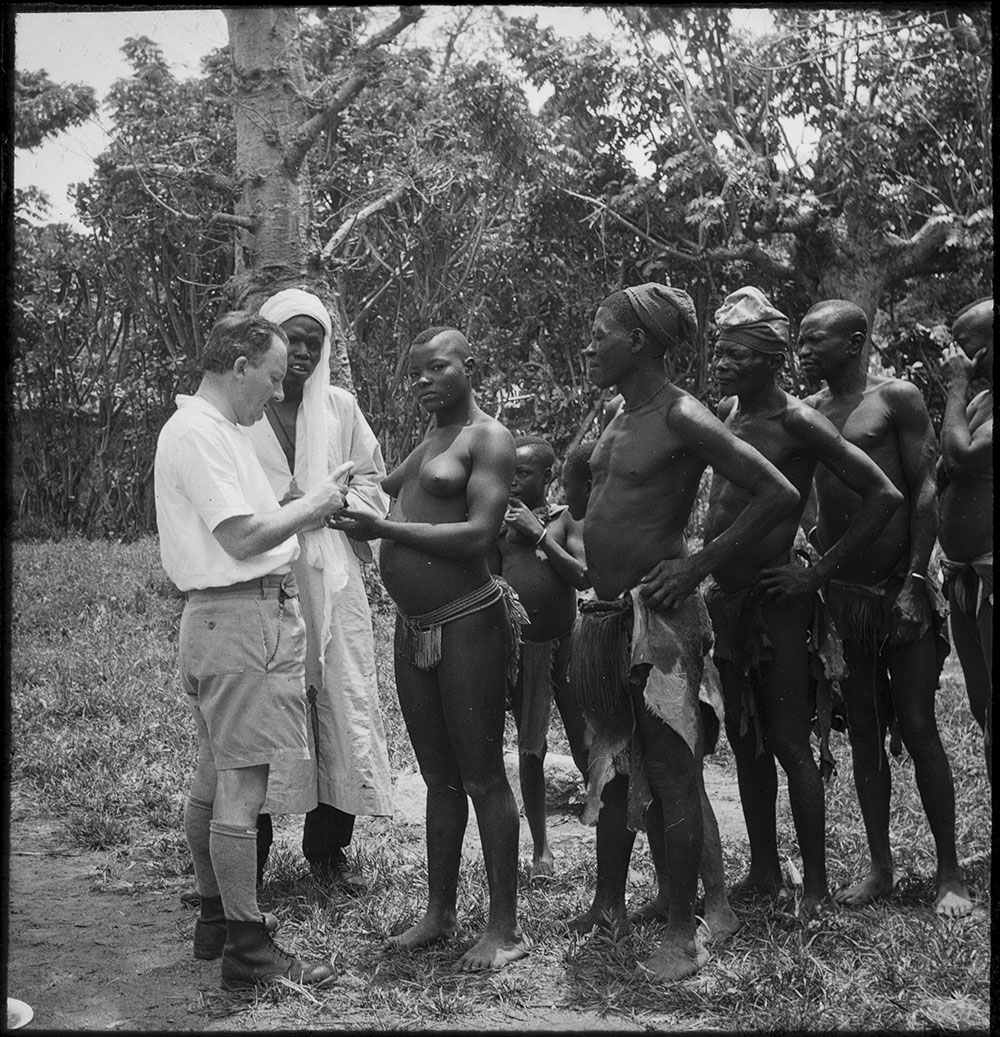 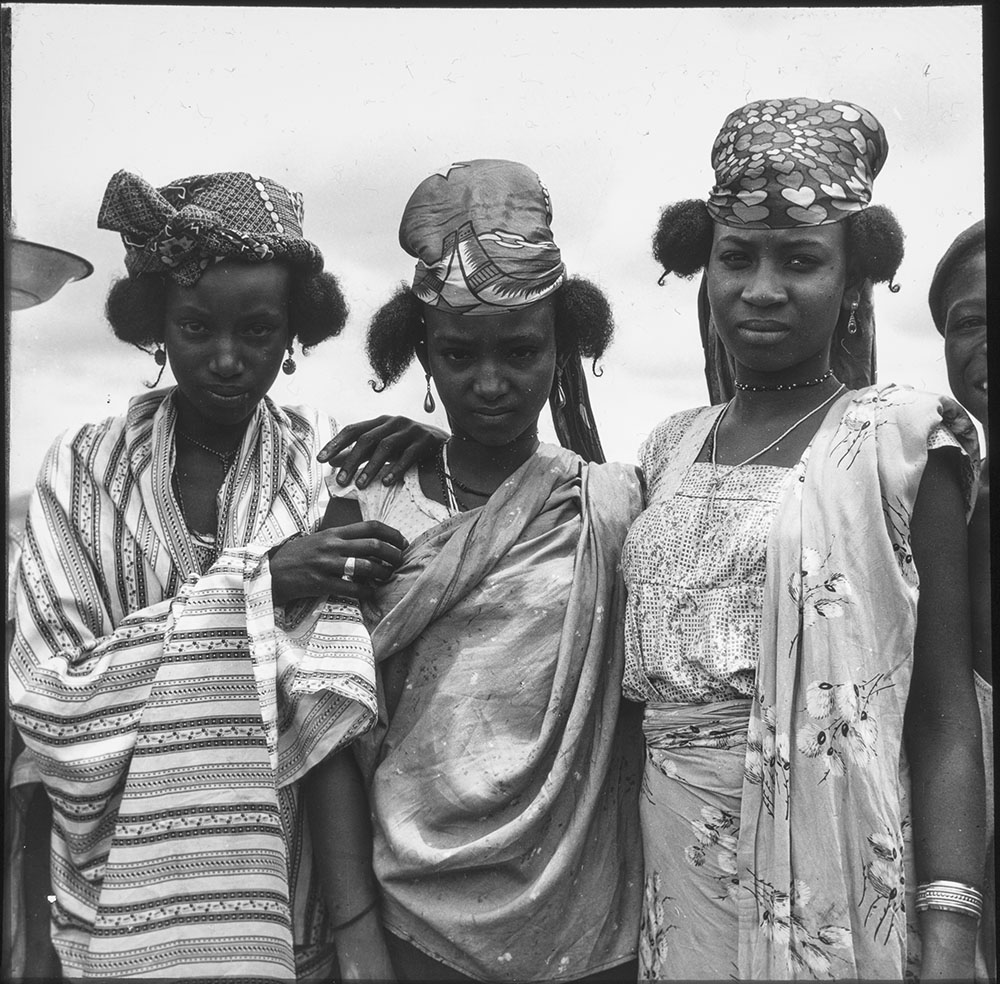 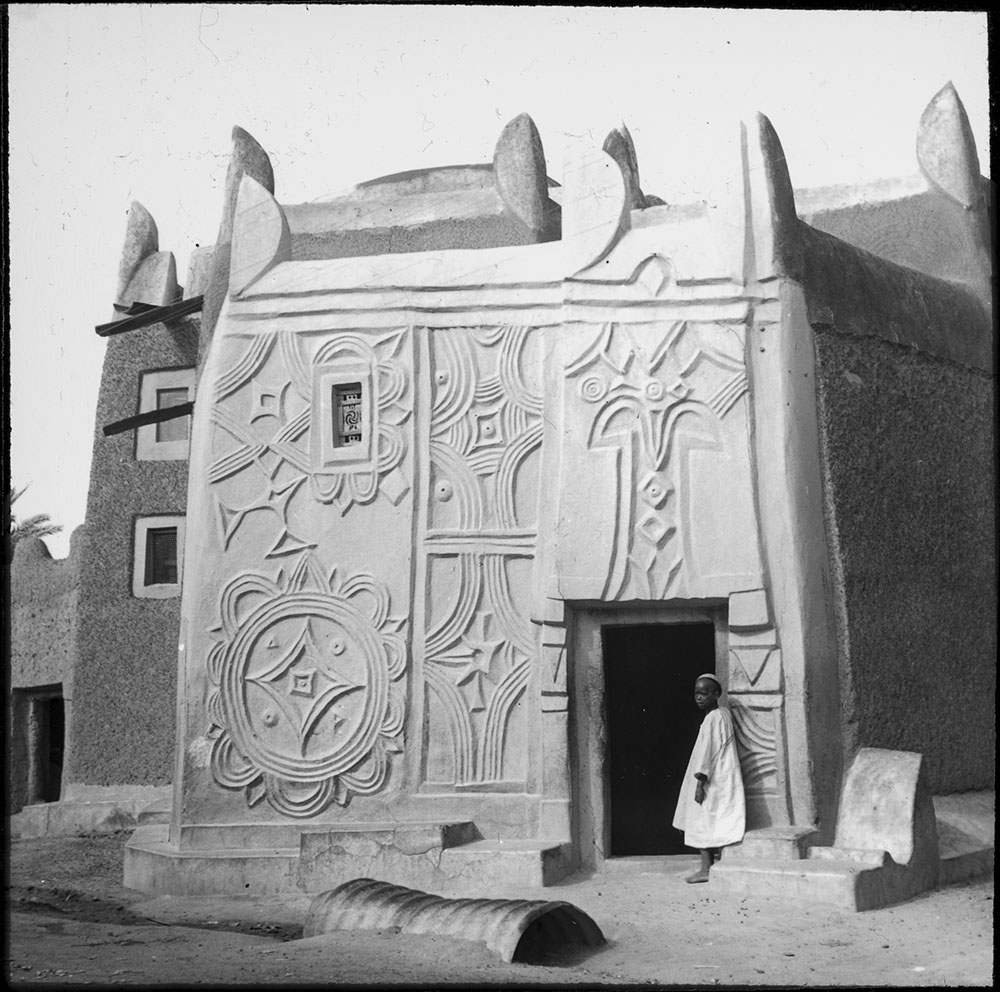 Much has changed in Nigeria

Nigeria is Africa’s most densely populated country. It is a place where oil is found and with big tensions between the Islamic North and Christian South. Recently the country’s economic hub Lagos has grown into the continent’s biggest city. It is also the country with the highest number of ethnografical groups on the continent within its borders. The latter is what brought Paul Julien here twice. Both times relatively late in his ‘African period’ that lasted from the late 1920s till the early 1960s of the twentieth century. His Nigerian travels seem to be less extensively documented than earlier journies. They do not feature in the radio talks that he was famous for in the Netherland for a couple of decades and they are not part of the stories published in one of his four books narrating some of his adventures for a general audience. Dutch newspapers did however feature his return home in 1950 with headlines like “Academic Adventure in Africa. Dr. Julien samples 1500 negroes” and “Bororo Nomads never saw a white man before. Dr. Paul Julien finds remnants of ancient iron industry in Eastern Nigeria”.

Paul Julien’s travels were always supported by the various colonial regimes. These regimes molded the countries into the governmental units they in most cases still try to be. In Nigeria this means that a culturally extremely varied population has to find a way to make things work together since their independence in 1960. Add to this challenge the nomadic people in the North that, due to climate change are forced further and further south, and you have a good recipe for trouble. I cannot go to the Northeast where Julien sampled negroes and found ancient iron works. Terrorist attacks and kidnappings of foreigners are too common.

So – I try to learn from Julien’s photos in the southern part of the country by showing them around. Try to recognise people of the tribes photographed by Julien. A couple of times I indeed do see a Fulani woman. She stands out, still, because of her hairstyle and facial marks. Every time this happens I am tempted to grab my camera and shoot. But I don’t. 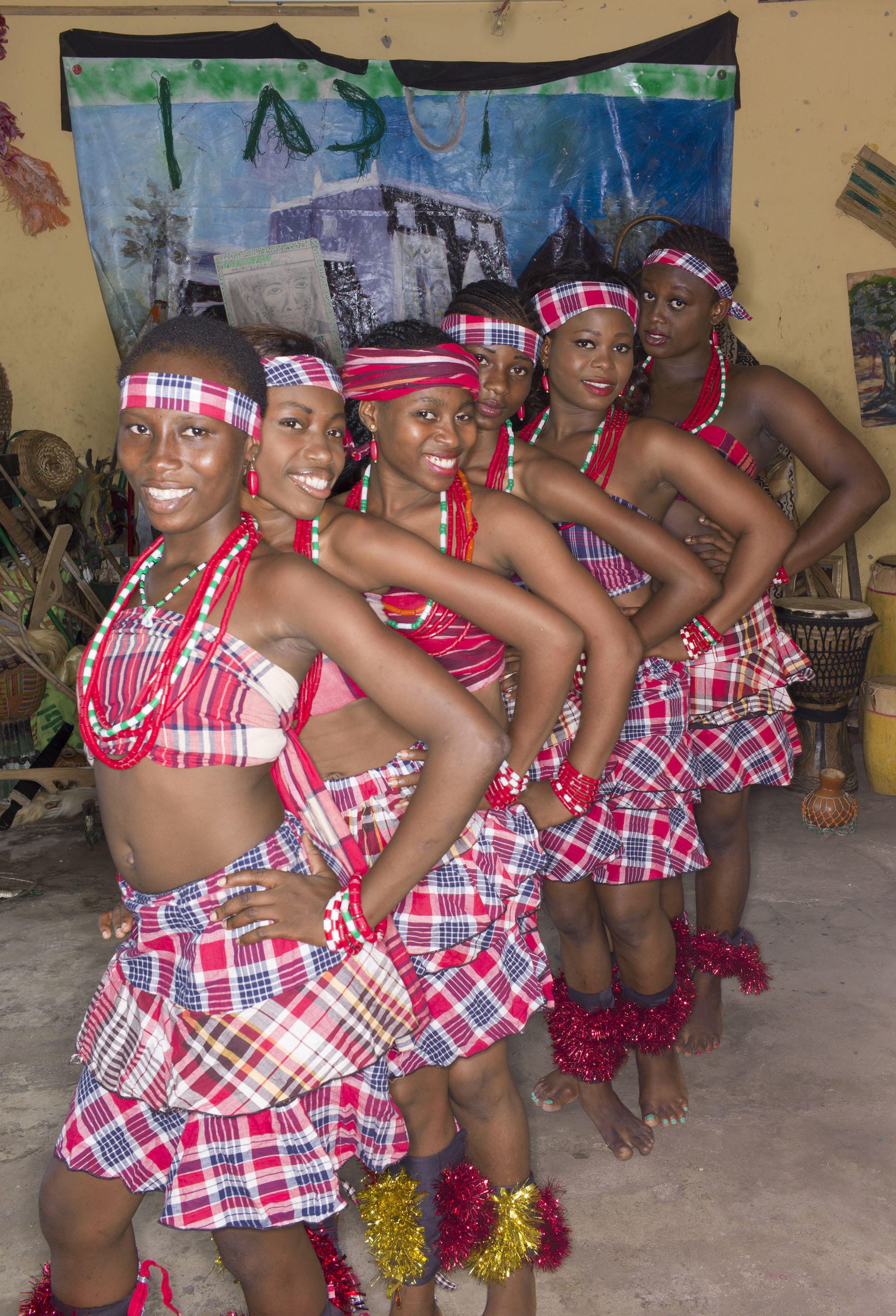 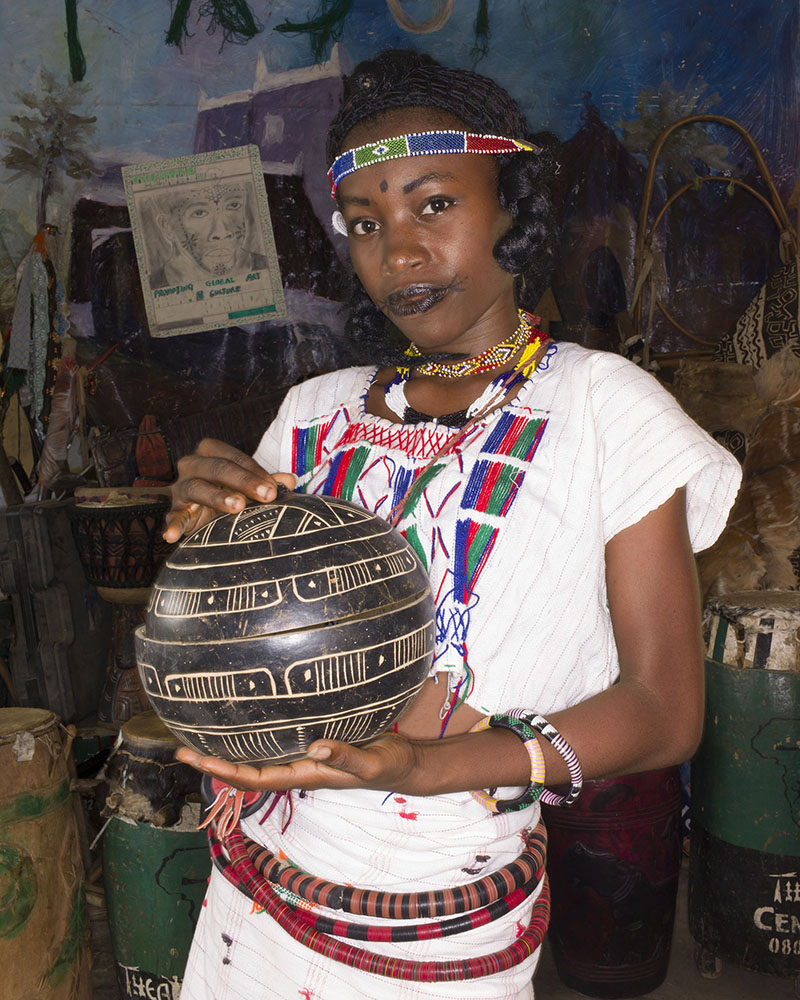 It happens too often not to form a pattern. I am somewhere in Nigeria. On my own. At ease. I come to a place, sit down under a tree or read a book on a bench in a public space. Then I am raided by a group of people – teenagers in most cases – with a camera and/or smartphone. Sometimes they do ask whether they can ‘take my snap’, sometimes they don’t. It doesn’t feel as if they are snapping me though. They are snapping my skin colour. I cannot recal feeling closer to being approached as an object before. I guess that to them I am something close to an object, they don’t know more about me than the surface they see. 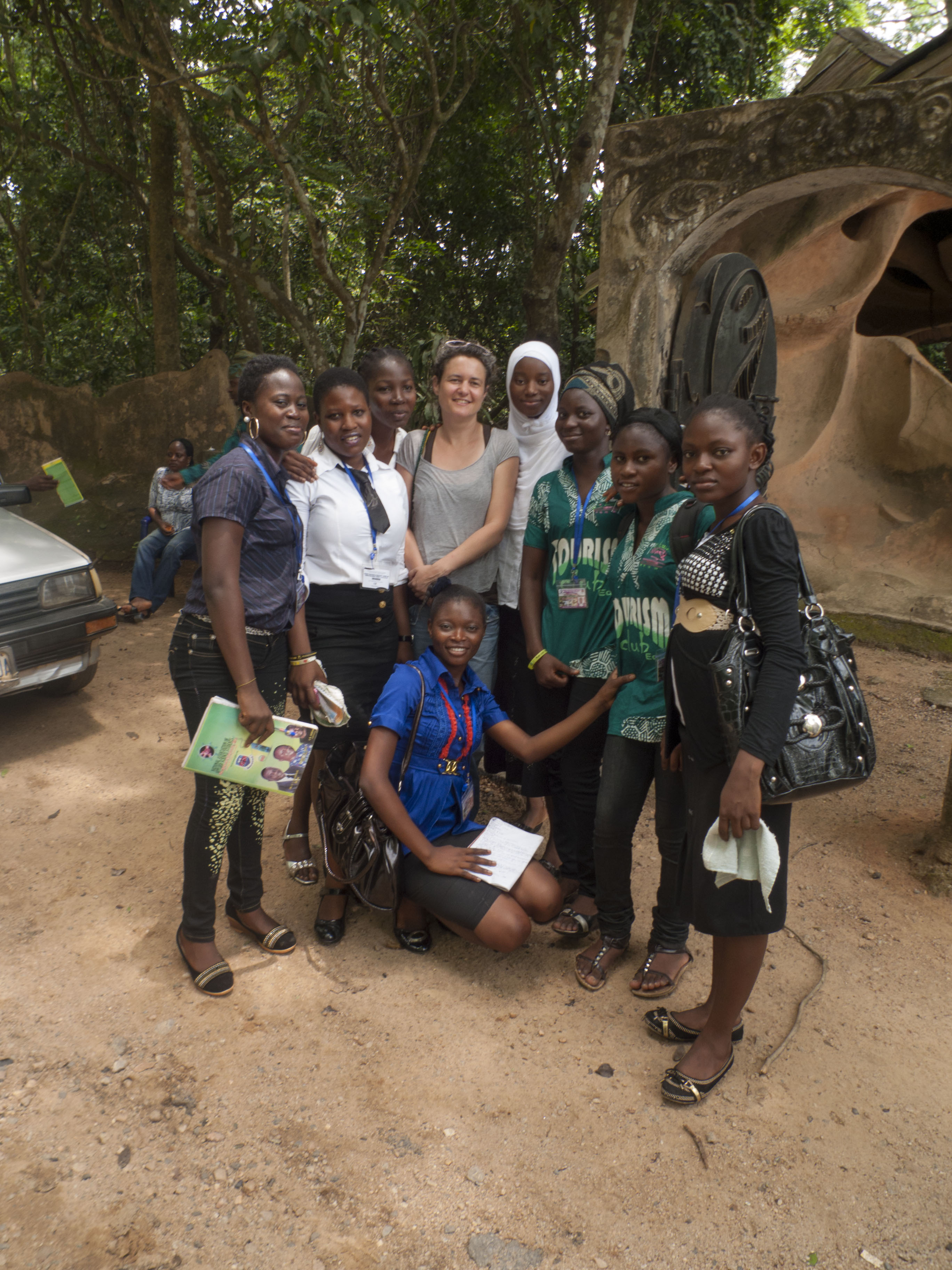 A visit to the sacred Osun Grove in Osogbo 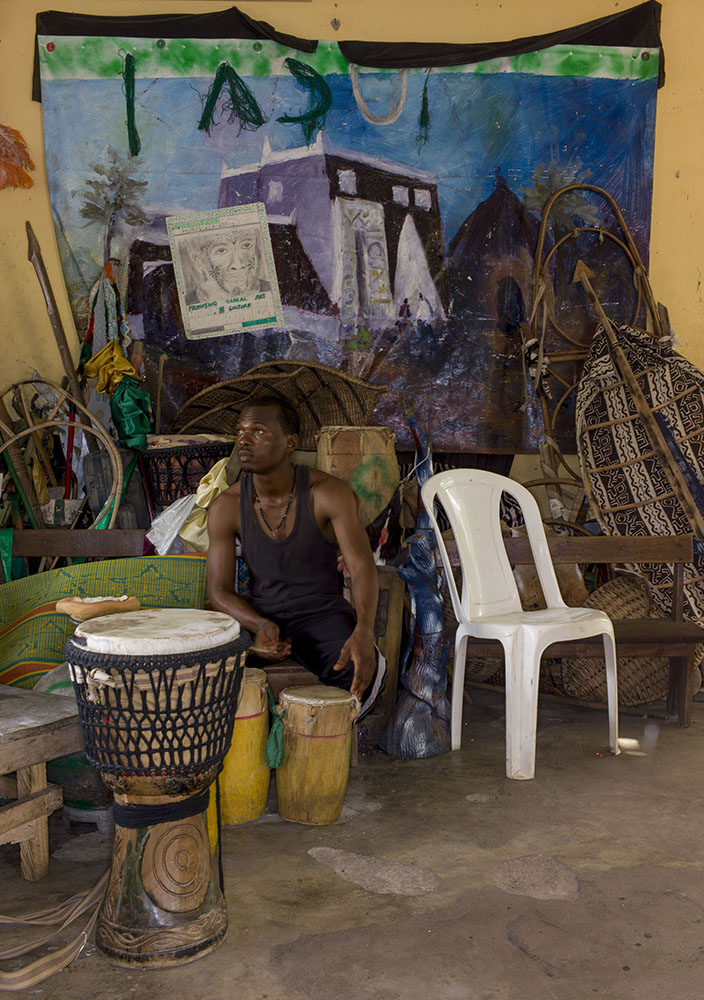 I work with Theatre Centrik, a dance and theatre group housed in a school in Bariga. Every day from 4pm they are rehearsing for a premiere that will take place in a few weeks. One rehearsal is sacrificed to my photo wishes though. My request was to photograph them in the different outfits worn to present people and dances from different Nigerian regions. I visited the classroom that is the group’s home before. Then I didn’t notice the building shown on a painted backdrop on the wall. Now I immediately see that it resembles a Julien photograph; one of the spots that are now out of reach in Northern Nigeria. This follow up is already begging to be revisited in another era.