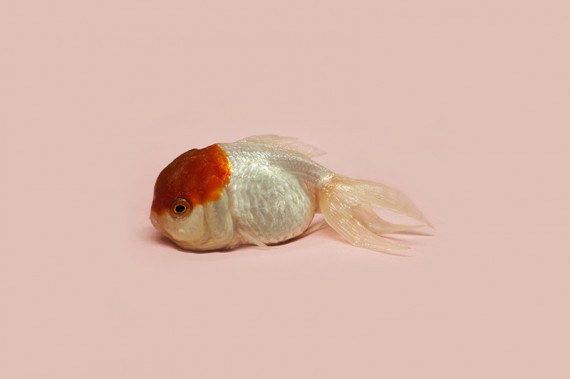 An Ocean of Possibillities has now officially opened to the public. During the festival the Noorderlicht blog is hosting bite-size interviews with participating photographers about their work. We asked photographers to share their thoughts on how their own projects reflects on the festival theme, and to tell more about their personal engagement with their subjects. All interviews are conducted by Hester Keijser. The first interview is with Zhao Renhui, whose work is the token image for the festival.

Noorderlicht: The 21st Noorderlicht International Photo Festival is inspired by a growing movement that fronts the structural failings of our current economic and political systems. The more than 60 participating photographers testify of the resourcefulness and passion that clear the path to the urgently needed alternatives for our collective future.

Some political analysts speak of the challenges we are facing as a crisis of agency. They use the term to signify the struggles with the global corporations, whose powers threaten the sovereignty of the nation states, undermine representative democracy and corrode the ecosystem of the entire planet. Within this framework, nothing much seems expected from common people beyond a passive role as consumers and spectators, or as providers of ever cheaper labor. As the effects of this struggle are increasingly spilling over into our personal lives, this crisis of agency is now felt by all. It is taken by some as a challenge to reclaim agency over their own lives and that of their community, amidst social structures that are liquefying at an alarming rate, while it pressurizes others to renegotiate the conditions of their existence.

Simultaneously, we are learning to imagine ourselves as planet dwellers, thanks to the achievements of scientific programs that study global processes, or bring us back spectacular images from Mars and our solar system. We have been made thoroughly aware that the shared responsibility for an essentially fragile home – and still the only one we have – does not end with the borders of one’s country, but extends on a global scale. The enormity of this thought is truly daunting, and recent history has shown that we have serious trouble grasping the consequences, let alone acting on them.

Could you say in what sense your project relates to the overall festival theme, from a personal point of view? Where in this bigger picture do you feel your work fits in?

Zhao Renhui: A Guide to the Flora and Fauna of the World is an encyclopaedia of man-made nature. In it, I show images of genetically modified animals and plants, as well as species that have evolved naturally to adapt to a world altered by humans. Many people think that ecological change is necessarily bad — but through the Guide, I hope to show that it is a complex process, filled with human ingenuity and the miraculous adaptability on the part of animals. We live in a world full of possibilities.

The project started out with me trying to find a scientific name of a goldfish. The goldfish does not have one because it is man-made. The goldfish is an example of how man has always been shaping and controlling nature. It is a fish that was bred more than 2000 years ago. We don't remember how we created the goldfish. Today it exists in a few hundred different morphs and colours. Most people are surprised that the goldfish is a man-made fish, just like broccoli and cabbage. We don't really know what is natural anymore. Our control of nature is not a recent phenomenon. We have always exerted our control over nature. This project has made me realise that the management and appreciation of nature is very much shaped by how we define what nature is.

Noorderlicht: Among younger generations, who have grown up in the age of the Internet and worldwide mobility, an understanding of what global citizenship could mean is on the rise. They feel less tied to nations, faiths, cultures, lands, and lead nomadic lives either forced by necessity or by choice. They are also the ones to ask themselves, as artist, engineer and activist Natalie Jeremijenko did in a recent interview: “What to do (…) in the face of so many environmental and political challenges. What do I do as an individual, collective, or community? How do we produce a desirable future? Do we have any agency to imagine and redesign our collective relationship to natural systems? Can we make desirable imaginative changes?”

Based on your experience working with different communities and individuals who are affected by this 'crisis of agency', what impression did you get about the likelihood that common people can regain such a sense of agency? Do you feel there are grounds for a realistic hope for improvements?

Zhao Renhui: I would like to believe we have always been aware that we should be better stewards of nature. Since as early as 1897, early colonial settlers in Singapore saw a need to conserve our natural forests. The struggle continues till today, with activists and scientists fighting for the preservation of wild pockets in Singapore. It may take a while for everybody to be on board, and art can be useful in showing people new ideas about nature. Even for environmentally conscious people, art can still offer new ways of seeing our relationship with nature.