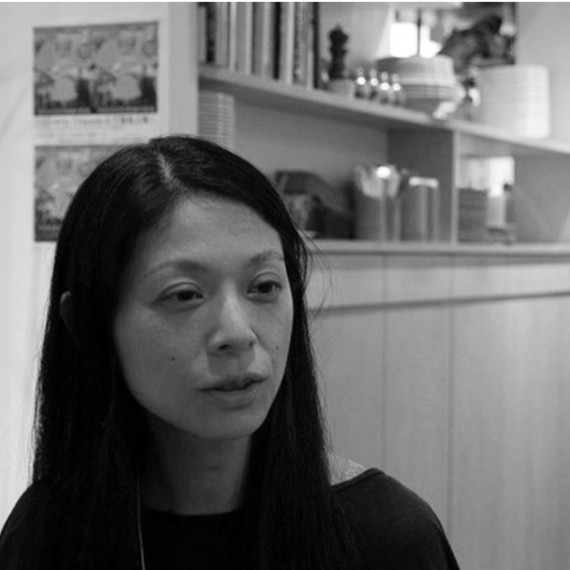 August. In the dog days of summer, Wielinga visited Aomori city and got right down to photographing. During her stay, she had the good fortune of learning about the works of ShikÅ Munakata. The fact that the assorted encounters you have on location inspired your work - that is the very epitome of having an artist in residence. To put a number on the works she completed, there are three. This includes, however, the superimposition of tremendous “moments.” The high density of her works hits upon the fevered energy of the brief summer in the northern land and succeed at conveying the essence of the Nebuta Festival, which has been passed down over a long period.

For Alexandra Pace, someone who takes an interest in the impact that the geographic environment of an island nation has on the actions, emotions, and identity of its people, Aomori prefecture seemed to be the perfect shooting location. This prefecture is the only one of its kind in Japan surrounded by sea on three sides, with different climates and cultures on the Pacific Ocean and Sea of Japan sides. With the geographic requirement of facing the sea - being near Japan’s border, in other words - and blessed with a reliable collaborator, Pace stayed in Hachinohe, a city located in the prefecture’s southeast. She went about her work while interacting with the people of villages along the coast, to whom the visitors from outside can’t connect easily.

The way her works turned out betrayed my preconceptions, in a good way. The Aomori of boundless (or harsh) nature, scenic landscapes, and exotic status as the northernmost point of Honshu is nowhere to be seen. There are no happenings something dramatic or unknown things to be found, and the slightly mysterious moments and phenomena of daily life are cut out indifferently. Even if you try to evoke a story with proper composition and development, you sink into the sensation of being abandoned. The contradictions of humor and seriousness, beauty and terror all intermix, and as you gaze repeatedly upon images that appeal to your senses through sharpness, hardness, coldness, smoothness, and other sensations, the word “indigenous” rises. This is something born from the accumulation of time which has roots in the land, something unexchangeable for anything. I think what Pace tried to capture is the radiance hidden inside and lost the moment it is verbalized. It is something specific of the place but also something universal. I hope that she will continue to make new works in other areas in Aomori under the same theme.