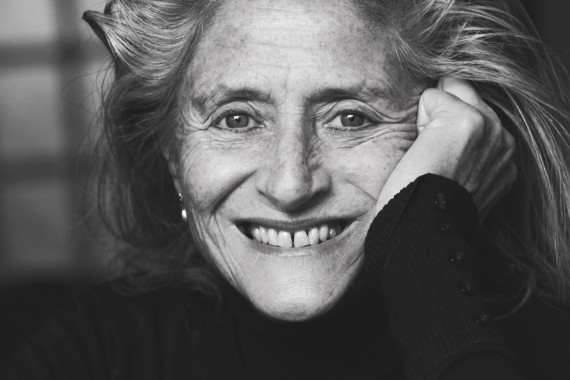 DIANA BLOK
Diana Blok (Uruguay, 1952) was born in Montevideo, and lived in Colombia, Mexico and Guatemala before she moved to Amsterdam in 1974 and plunged into photography. Staging and framing reality, making choices and editing allowed her to retreat into a world of her own, with a focus on sexual identity, women’s rights, gender inequality, imposed esthetics, racial discrimination and religious systems.Blok's work is included in the collections of the Stedelijk Museum in Amsterdam, the Tokyo Metropolitan Museum, and other institutions.

What is your connection with Noorderlicht?
“The first time I exhibited at Noorderlicht was during the fifth International Photography Festival in 1997, ‘The Garden of Eden’. That was a very surprising collection of photographic works that, with a focus on, among other things, a feminist, revolutionary view on the world. In 2002 my project ‘Ay Dios’ was selected for ‘Mundos Creados’. That was a great selection of Latin American photography. Because my roots are there, I felt great to be part of this edition. In 2014 I returned to Groningen: my series ‘I Challenge You to Love Me’ was shown during ‘An Ocean of Possibilities’.

What’s the most beautiful exhibition you ever saw, or had, at Noorderlicht?
“All three projects were close to my heart and every time I was in the company of photographers I know and admire. And there was always work presented that I didn’t know and was glad to discover. In terms of presentation ‘Mundos Creados’ struck me the most, because it was spread throughout the city, including in a riding school. Each of my three projects found a new destination afterwards. The curators of Noorderlicht, in particular Wim Melis, have a great deal of knowledge of photography and a sharp, critical eye.”

What are your thoughts on the future of Noorderlicht?
“I hope that Noorderlicht can continue for a long time. Despite the fact that the photo festival world has grown enormously, Noorderlicht remains a unique festival in terms of themes, substantive and aesthetic approach and with a presence of mind that I find in very few other festivals.”