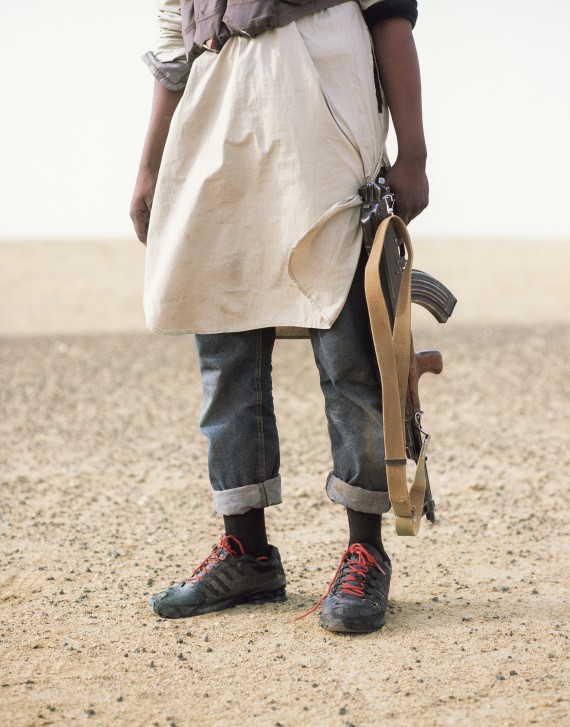 In The Dynamics of Dust Philippe Dudouit documents the new relationships that the various indigenous, historically nomadic inhabitants of the Sahel-Saharan belt have forged with a territory they cannot pass through freely – or safely – anymore. The region, a former tourist paradise, is now officially off-limits to foreigners due to a burgeoning abduction industry. This has made the already dire economic situation even worse, cutting off large parts of the population from an income essential to their subsistence.

At first glance, the rise of Islamic terrorism in this area is to blame, but a closer look reveals a reality that is much more complex. The area now faces a dangerous cocktail of underdevelopment, poverty and state failure. The new, transnational constellation of powers consists of armed islamists, human traffickers, drugs and weapon smugglers, topped off by international interests jockeying to win oil, gold and uranium mining rights. The lack of political vision for the area’s future, in combination with ongoing desertification due to climate change make up for a scenario in which a doomed generation is growing up.

Dudouit’s work is based on in-depth historic, geopolitical and cartographic documentation, research and analysis. As such, THE DYNAMICS OF DUST (2008-2018) constitutes a long-term photographic study on the socio-political evolution of the Sahelo-Saharan zone.

With kind support of the Mondriaan Fund and Pro Helvetia.